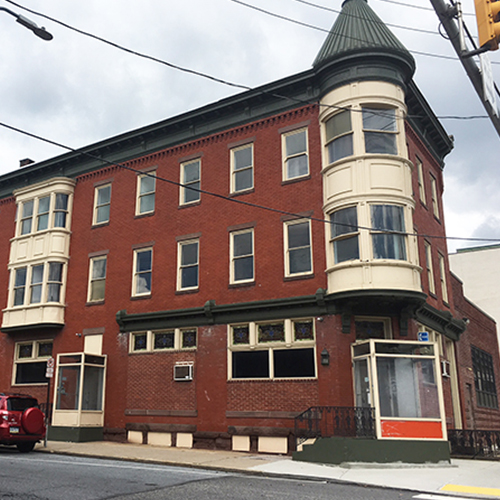 A historic property in downtown Harrisburg is slated to become an apartment building.

Harristown Enterprises, the owner of Strawberry Square, plans to buy the historic Fox Hotel building at 236 S. Second St. from UPMC Pinnacle and renovate it for eight apartments.

“We’re excited about the possibility of taking a fairly historic property that has been vacant for almost three decades and breathing new life into it as a neat residential property,” said Brad Jones, Harristown’s president and CEO.

The roughly 7,000-square-foot Fox property at Second and Washington streets was built in 1906 for hotelier Otto Fox. In the 1930s, it became Santanna’s Seafood House, a popular dining spot for five decades.

Pinnacle acquired the property in 1987, but it has sat mostly empty since. The property has been on the “Preservation Priority” list compiled by the Historic Harrisburg Association since 2011.

Jones said his company has been talking to the health system for about a year. UPMC Pinnacle added a doctor’s office inside Strawberry Square last year, which sparked discussions about other downtown real estate, Jones said.

Jones said extensive structural repairs are needed since the building has sat idle for so long. He expects the renovation project will cost between $1.2 million and $1.4 million.

Harristown is hoping to close on the purchase by the end of the summer and start construction in September. Work is expected to take six to nine months.

Jones also said he expects the Fox name will play into the name of the redevelopment.

“It’s a beautiful property with a rich history,” he said.

Since 2015, Harristown has built 60 apartments, all of which are occupied. It is currently renovating a building at North Second and Cranberry streets, dubbed The Bogg on Cranberry, which will add another 12 apartments this fall.

Harristown expects to embark on its largest apartment project next year. The company just purchased two large adjacent office buildings at 116 and 124 Pine St. The plan is to convert both to apartment buildings with 68 total units and first-floor retail space.