A Living Downtown: Harristown eyes another building for apartment project. 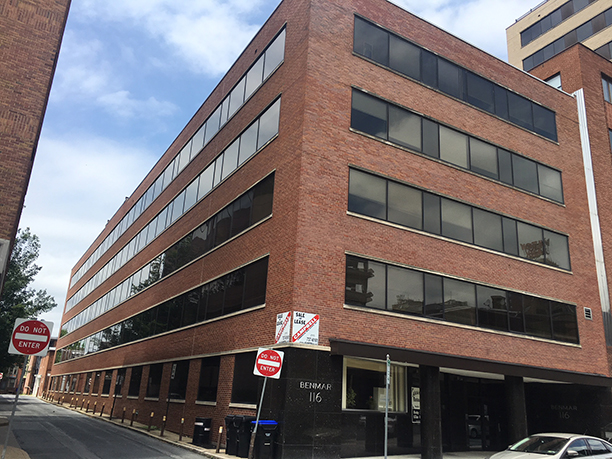 Chalk up another apartment conversion for Harristown Enterprises.

This month, it will go before the city’s Planning Commission and Zoning Hearing Board for yet another—this one at 116 Pine St.

The bank-owned, 54,600-square-foot building is on the market for $1.3 million. If Harristown completes the purchase, it plans to convert the circa-1946 building to 44 apartment units, its largest residential project to date.

The five-story building currently houses several different entities, including Pennsylvania Neurodiagnostics and some state offices. All would be relocated, with the exception of the longstanding first-floor tenant, Alicia’s Deli, which is likely to remain in the building, Jones said.

The building is directly next door to another office building at 124 Pine St. that Harristown currently has under contract from seller Keystone Human Services. City Council approved that project, which includes 25 apartment units and 19 parking spaces, in April.

Jones said he expects the sale of both buildings to close by late June. Harristown then would renovate the buildings at one time, beginning next year, he said.

“Our intent is to build them together and have economies of scales,” he said, adding that Harristown expects to invest some $12 million in the projects.

Harristown has long been known as a commercial developer. However, it began to move into the multi-family residential market several years ago, focusing on rehabilitating old, often dilapidated and vacant office buildings, converting them to apartments.

Currently, the company manages about 60 units among several smaller, downtown buildings. In addition, it now is renovating a long-empty office building at the corner of N. 2nd and Cranberry streets into a 12-unit building it has renamed “The Bogg on Cranberry.”

Over the past two years, Harristown has been the most active developer downtown. However, several other local developers also have converted older office buildings to apartments. Besides creating more downtown residents, this has helped sop up excess office capacity, as some companies have relocated to other buildings, Jones said.

“The domino effect of this is very compelling,” he said.