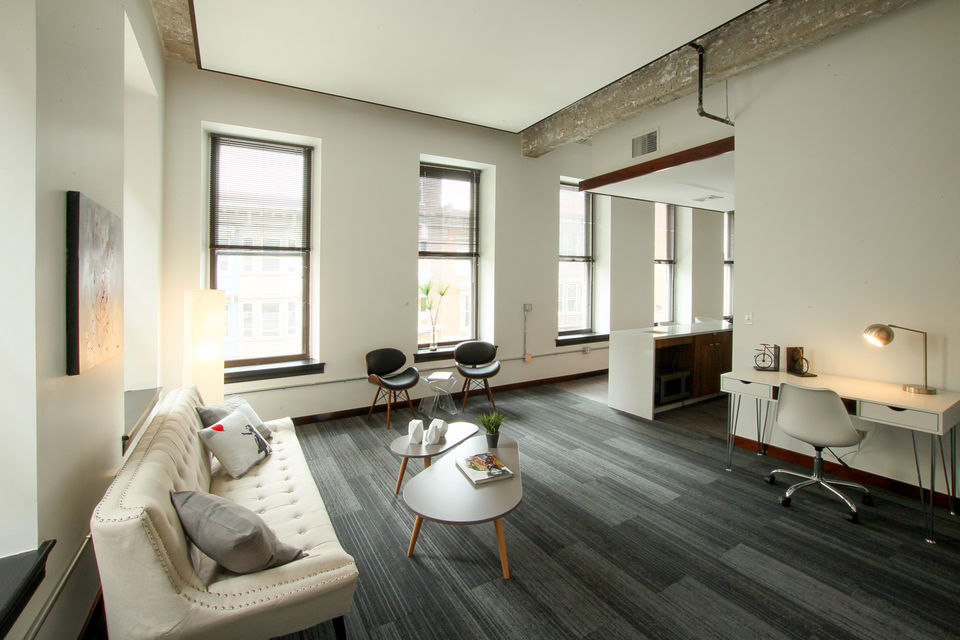 This story has been updated to correct the amount of money Harristown has invested and leveraged in the last four years in downtown Harrisburg. That amount is $60 million.

HARRISBURG — Ian Kanski found a great way to cut down on his commute to work.

He moved into an apartment right across the street.

“It’s really nice being so close to the riverfront,” he said. “We can go downstairs and sit on the street on restaurant row. We can go for a walk anytime.”

There’s always something to do .

Kanski was one of the first residents in the F@TT apartments above the El Sol restaurant on South Third Street in Harrisburg, and he’s part of a growing trend of mainly young people early in their careers who are choosing to live in the city’s downtown.

F@TT — which stands for 15 at 22 for the 15 units at 22 S. Third St. — is one of Harristown Enterprises’ many projects in recent years that have transformed empty office buildings into newly-refurbished apartments. (See a map showing locations of the various apartment buildings at the bottom of this story.)

“It’s creating a much more dynamic, exciting downtown,” Harristown CEO Bradley Jones said. And with the growth of people living downtown are bringing more businesses to serve their needs, including a grocery store and pharmacy. “You really don’t have to leave the downtown area for anything anymore.”

A report commissioned by Harristown in 2016 said the city could sustain an additional 300 apartment units, and more and more are opening up, which many say is a good sign for a city on the rebound.

But there are some concerns that some city residents are being priced out of these new apartments.