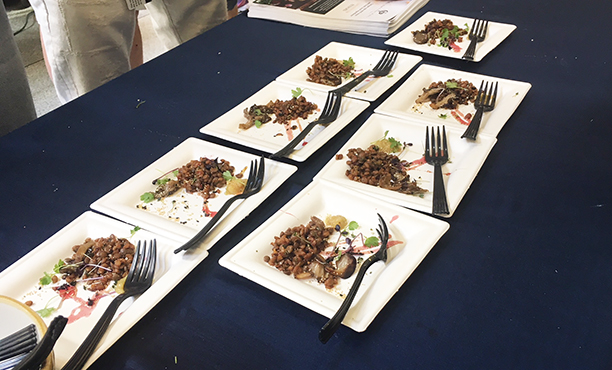 As kids, we all heard that bit of standard motherly advice. As adults, we know how sound it was.

Fortunately, you’ll be able to make your mother proud and expand your greens-eating horizons next month as the Harrisburg VeggieFest takes root for a second year.

“The Harrisburg area has so much to offer, and this festival allows vegan, vegetarians and the veg-curious to shop, sip and sample from local purveyors in a fun, inviting space,” said Brad Jones, CEO of Harristown Enterprises.

Harristown owns Strawberry Square, the appropriately named venue that will host the event. This year, the vendor list has grown substantially, with far more food and drink options than the inaugural event in 2017.

Participating restaurants will include the expected, such as Harrisburg’s The Vegetable Hunter, to perhaps the less predictable, like Devon Seafood & Steak of Hershey. There will also be a greater selection of non-alcoholic and adult beverages, including from numerous area craft breweries, to wash down all that plant-based cuisine.

This year will feature VeggieFest’s first competition—a “Faux Burger Showdown”—that will pit several local kitchens against each other to see who can serve up the best meat-alternative burger. Chefs will present their burgers to a panel of judges, while attendees get to munch on samples.

Jones stressed that the event is about much more than vegan and vegetarian food—it’s about healthy lifestyles. So, fitness, therapy and natural cosmetics companies will be among the more than 40 vendors on hand. In fact, UPMC Pinnacle is a lead sponsor of the VeggieFest.

There’s also a social-good aspect, as funds raised will benefit Jump Street, the Harrisburg-based youth arts and education nonprofit organization. Tickets for VeggieFest are $20 regular price and $10 for students and designated drivers.

“We’re excited for the return of Harrisburg VeggieFest to Strawberry Square,” Jones said.