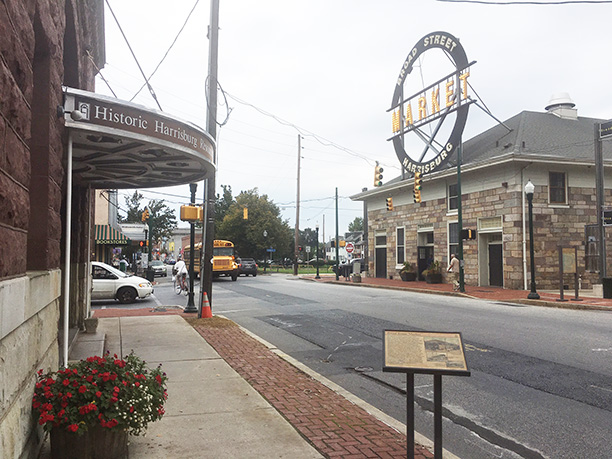 Harrisburg’s 3rd Street corridor is headed in a positive direction, though it remains a work in progress in terms of redevelopment, economic activity and walkability.

That’s the general conclusion of a just-completed study by the Washington, D.C.-based Urban Land Institute (ULI), a nonprofit research and educational organization that recently examined the corridor from Reily Street in Midtown to Chestnut Street downtown.

“The 3rd Street corridor possesses a great deal of momentum and potential for continued development,” states the report, titled “TLC for Harrisburg’s Third Street Corridor.” “Strategically bridging the gap between the downtown and Midtown neighborhoods can put Harrisburg on the map as a vibrant capital city with a strong urban core.”

ULI visited Harrisburg for two days in April, walking the two-mile stretch then interviewing stakeholders who live, work and own businesses there. Their analysis and report were sponsored by Harristown Development, which owns Strawberry Square, as well as many buildings on S. 3rd Street between Market and Chestnut streets.

The 14-page report lauds the recent redevelopment and adaptive reuse that has occurred along the stretch, praising such places as the Susquehanna Art Museum, Midtown Scholar Bookstore, Midtown Cinema, the Broad Street Market and the Millworks.